The Railways of Carnforth 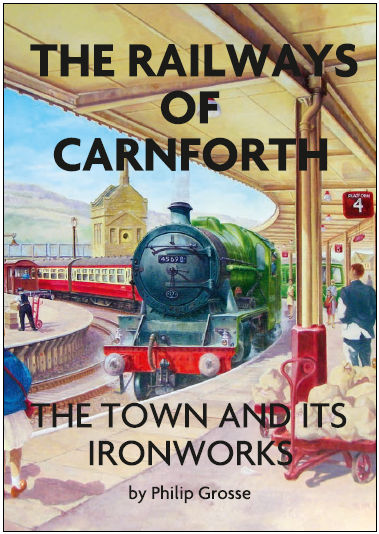 The Railways of Carnforth the Town and Its Ironworks

The book arrives as the second publication from Barrai Books. It tells the story of the village that was the southern limit of the Furness Railway system. Written by Philip Grosse, it offers to railway historians and a general readership the results of many years of observation, recording and research of what happened to a sleepy hamlet on a turnpike route after the railways arrived.

Successive chapters describe and illustrate the emergence of a bustling junction station, three motive power depots, marshalling yards, a major postal sorting centre, an iron and steel manufacturing plant, hotels and retail facilities together with the creation of a thriving urban community with housing, schools, churches and the necessary infrastructure. A companion to our earlier publication, our Carnforth book includes a impressive portfolio of photographs, both archive and modern, many previously unpublished, together with supporting maps and diagrams, some by the author's own hand. It is a comprehensive account of a once important railway centre and provides a handsome record of a still vibrant Lancashire township. 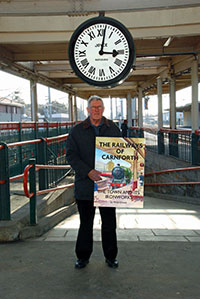 Philip Grosse attended the Storey Institute Technical School in Lancaster prior to taking up an engineering apprenticeship at James Williamson & Sons, local manufacturers of linoleum products. Having completed his apprenticeship he moved to Barrow in Furness as a junior draughtsman in the armaments division of Vickers Armstrong Ltd and then as a commissioning engineer in the new microelectronic manufacturing facility set up on Park Road, Barrow by Ferranti. With the attainment of Chartered Engineer status he moved to BNFL Springfields, near Preston to spend the next 35 years as a manager in a number of manufacturing departments.

The acquisition of a bicycle on his thirteenth birthday enabled visits to be made with school friends to various railway locations on the MR and LNWR lines around Lancaster, Morecambe, the Lune valley and the Settle & Carlisle route. Around the same time Philip was introduced to the railways of Cumbria by his Grandfather who was recently retired and liked walking in the Lake District. During school holidays weekly Runabout Tickets gave them a chance of wider travel and opened Philip's eyes to the contrasting styles of station design and trackside furniture on the lines of the various pre-Grouping companies. From this grew his interest in and recording of railway buildings and signalling. While living in Barrow he was able to concentrate his study on the built legacy of the Furness Railway.

From its first meeting in Kendal Philip has been a member of the Cumbrian Railways Association and was for many years its Archive Plans Services Officer. He became a member of the Friends of Carnforth Station as the site was undergoing regeneration. With the agreement of the contractor he was able to inspect the interior fabric and verify the phases of the development of the structures. The was the catalyst for the historical and archive research that, along with many of his own detailed plans and photographs, resulted in his assembling of the material that now gives us "The Railways of Carnforth the Town and Its Ironworks".

The Book : The Railways of Carnforth - Click here to order your copy today